First introduced in 2015 as part of the Set of the Year awards, the NewscastStudio Broadcast Production Award trophy packs a lot of meaning into its design.

Two pieces of hand-cut stainless steel gently bent at a 90 degree angle and fused together form the base of the trophy, which is created each year for NewscastStudio by a metal fabricator in Missouri, with NewscastStudio’s editor Dak Dillon providing the design.

Throughout the process, we experimented with the angles, colors and typographic elements found on the award and ended up with a freestanding design that can be viewed as two separate flat planes and an off-axis angle that shows both.

Dillon says the idea here was that, much like the sets honored in the contest, the award could be viewed from multiple angles and take on different looks depending on perspective.

The final angle selected for the pinnacle of the design was selected to mimic the letter N while also conveying a sense of achievement. We added dimension by layering two separate pieces of metal together, while angularity is incorporated through the rounded corner that gives the piece its structure.

Meanwhile, our branding was incorporated through the use of our trademark eye-catching shade, produced using high-quality cut vinyl. Our name and circular design pattern appear in bright silk-screened white.

The other piece of metal was left unfinished but includes the winner’s name, category and project name along with another, more subtle iteration of the NewscastStudio icon. 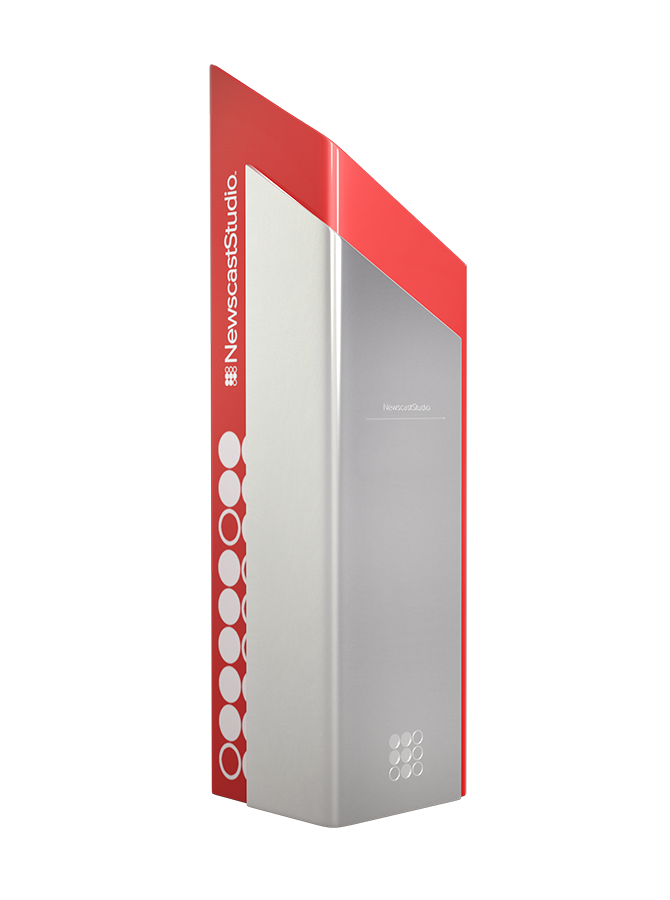